“Integrity without knowledge is useless, and knowledge without integrity is dangerous.” – Samuel Johnson

Dr. Sazawal regularly interacts with various sections of the Kashmiri society including local and national politicians, bureaucrats, journalists and security officials. But most of all, he maintains contact with ordinary Kashmiris and especially religious minorities who are typically the first to sense sweeping changes in the complex political landscape in Kashmir.

Dr. Sazawal has been invited by the U.S. Administration, the U.S. Congress and major policy Think Tanks to address various aspects of the Kashmir problem. He is a frequent commentator on the Voice of America (VOA) Urdu programs beamed to South Asia. He is also a member of a non-governmental organization accredited to the United Nations Human Rights Council (UNHRC) and frequently spoke in Geneva on changing political and human rights situation in Kashmir. His topical commentaries on local governance and political assessments have appeared in all leading English newspapers published from Srinagar, namely, the Greater Kashmir, the Kashmir Images, the Kashmir Monitor, the Kashmir Observer, and the Rising Kashmir. His opinions have also been published by the Outlook Weekly and he has appeared on the Times Now Network and Republic TV Network programs.

Dr. Sazawal is a specialist in nuclear fuel cycle technologies with over four decades of professional experience in advanced energy programs. He was a member of the U.S. Department of Commerce’s Civil Nuclear Trade Advisory Committee (CINTAC), an advisory position to which he was appointed by the U.S. Government in 2011 that was renewed bi-annually until his retirement in 2018. He is a founding steering committee member of the Indo-U.S. Brain Trust, a non-government organization set up in 2016 to promote and enhance high technology and scientific collaboration between the U.S. and India.

The Kashmiri diaspora (Kashmiri Overseas Association, KOA, USA) presented him with an award in 1999 for his efforts to educate and reach out to the U.S. Administration and the U.S. Congress on the plight of Kashmiri Pandit Refugees. In 2019 he was honored with the Hindu American Foundation (HAF) Award for the Advancement of Hindu Human Rights for his lifelong contributions to advancing human rights of minorities in Kashmir. 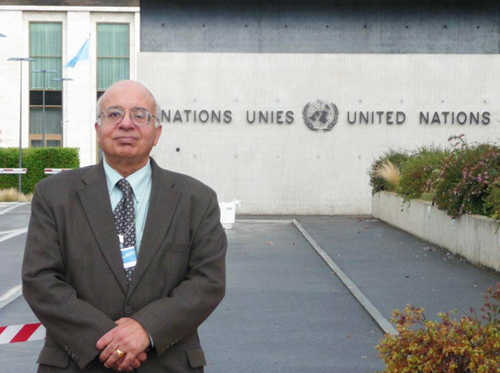 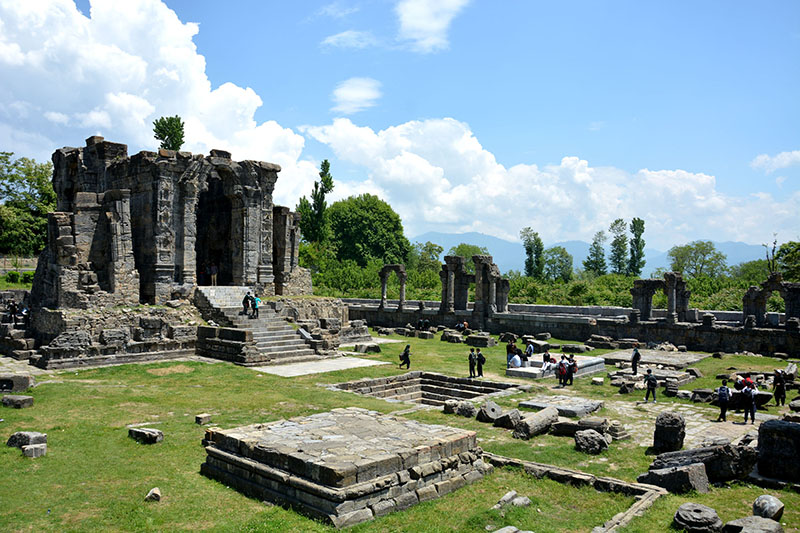 The Sun Temple at Martand, located in Mattan, was built by King Lalitaditya (724-761 A.D.) However, the site was the location of an ancient temple built by Raja Ramdev (3005-2936 B.C.), which was excavated and rebuilt by pre- and early Karkota Kings (inner sanctum around 490 A.D., colonnades around 693 A.D.).