No recent situation has led to a deeper chasm among Indian Americans than the recently concluded bilateral agreement on the US-India nuclear deal initialed by the two countries on July 20, 2007. The situation is exacerbated by lingering spite in the Indian Parliament where unlikely allies are joining hands in supporting or denouncing the deal.

Unfortunately, a lot of what is being said is just plain demagoguery.

Some Indian parliamentarians complained about the Hyde Act. But while some of the concerns expressed were valid, the comments were insincere because they came mostly from anti-American leftists and the opportunist opposition party.

Of greater concern was that a large number of nuclear specialists, including the chairman of the Atomic Energy Commission, some former chairmen, and many retired foreign service diplomats, expressed fears about cementing ties through the nuclear deal. This was the deck of cards that was dealt to Indian negotiators when they began their discussions with the US on the ‘123 Agreement.’

Under US law, no nuclear cooperation agreement is possible with India until it signs the Nuclear Non-Proliferation Treaty. But the Hyde Act, with all its faults, is the piece of legislation that granted India – and only India – an exception to those laws. The Hyde Act specifies mandatory and some non-mandatory requirements in granting India an exemption. Clearly, some of the legal requirements were deemed restrictive, but both the US and India had good reasons to finalise the deal. While there is continuing speculation on why the US wants the agreement — the press has said it is to cement a strategic partnership, to contain China, to increase bilateral trade, to stabilise global fossil fuel prices, and to reduce global greenhouse gases — India had practically no choice.

While the Indian nuclear weapons program is a source of pride for most Indians, its civilian nuclear program is, at best, limping. As India suffers frequent blackouts and brownouts (a pain my Indian-American colleagues do not have to endure), its future hopes lie of improving its citizens’ quality of life and of becoming an economic powerhouse depends, among other things, on expanding power generation.

Denied nuclear cooperation, India had to adopt a different fuel cycle, which is both technically elegant and extremely challenging in terms of cost and scheduling.

The original plan of producing 10 GWe of nuclear power by 2000 was not realised. Even today when production capacity has been built to produce above 4 GWe, Indian nuclear power plants actually produce considerably below that figure because of a lack of adequate indigenously produced fuel supply. The country has revised its production plans on the basis that its isolation will end, and now hopes to achieve 40 GWe by the year 2030 to meet its growing power needs.

But today’s reality is that nuclear energy only contributes a meager 3 percent to the national electricity grid.

Once the two nations decided to complete the 123 Agreement, both parties were acutely aware of strictures imposed by the Hyde Act and India’s sovereign rights to control its destiny. On the surface, the distance seemed too far to bridge. But negotiators had four things going for them:

First, both countries had agreed that the agreement would not address India’s strategic program. Nevertheless, India still insisted on a written expression of that affirmation which is not usually included in such agreements. In fact, the US agreed (at India’s request) to go a step further and exclude any explicit mention of nuclear testing.

Second, both parties agreed that India’s insular three-stage civilian nuclear program would not be altered, meaning that foreign reactor purchases would always be treated as incremental additions to meet domestic electric power needs that cannot be met by indigenous civil nuclear industry.

Third, India was determined not to repeat the Tarapur experience and, therefore, sought and received assurances of fuel in return for International Atomic Energy Agency safeguards through perpetuity, an unprecedented gesture from the Americans that would call for some very deft wordsmithing to get around the restrictions in the Hyde Act.

Finally, there was a recognition by both sides that India had a closed fuel cycle meaning that India would be reprocessing some or all spent fuel from foreign reactors to generate new fuel to be used in stages II and III of the Indian nuclear program (these stages are still under development in India).

The US negotiators did not have the authority to grant imbedded reprocessing rights at the beginning of the negotiations. As the negotiations got underway, both countries were fully cognizant of the ‘red lines’ that constrained both sides from securing significant negotiating advantage over the other.

As a nuclear specialist, I must acknowledge that the final agreement is unique in the annals of US diplomacy, which has executed numerous 123 Agreements with many countries. In fact, the US and Russia have just signed a 123 Agreement (awaiting Congress review), which is more or less the same as signed with many nations in Eastern Europe. Unlike the Indian 123 Agreement, no agreement has been made public until the President formally approved it.

Again, the way US and India agreed to disclose the bilateral 123 Agreement is an exceptional case. Uniquely, it was written to give considerable leeway in its interpretation, to accommodate conflicting domestic laws in the two nations.

So, instead of exchanging a full glass of water they exchanged two glasses half full. But India made ‘trust’ a major issue in seeking a satisfactory closure and this agreement is written with the spirit of mutual trust, respect and admiration between two sovereign nations.

It is the desire to build a strategic partnership that led India and the US to this agreement, and it is in that spirit the final deal was made.

The Indian negotiating team consisted of an apex group of veteran experts drawn from national security, foreign service, nuclear policy and legal affairs. Even if the Bharatiya Janata Party had been in power, they would have picked the same team that the Congress did.

I believe the last major concession by the US on granting programmatic consent on reprocessing came through a coordinated effort by India to have heads from Germany, France and Russia speak to the US President during the last G-8 Summit in Germany on June 7. But the point is that India got a better than expected deal because its negotiators were skillful and worked hard for two years to make a successful deal. It should be recalled that India’s diplomats and nuclear scientists were the ones that initially thought a deal would be impossible.

Today, Indian diplomats and scientists are on board. If now India rejects this agreement, it will be a laughing stock of the world. I do not need to say, but you can guess how Chinese and Pakistani governments will feel about such a rejection.

Now opportunists and Communists are raising Cain in New Delhi and Indian Americans are wondering if it is better to keep out of the fray.

Worse, they are behaving xenophobically after having lived in this country of their own free will. But the issue is not whether one supports party X or viewpoint Y in India. The real issue is whether Indian Americans have a role to play in promoting a closer relationship between the two countries.

Today, the US and India are poised to collaborate on a different kind of relationship. Since the 123 Agreement was initialed, both Australia and Canada have held cabinet level meetings to create administrative and legislative pathways to supply uranium fuel to India.

India desperately needs uranium for its indigenous three-stage program, but both Australia and Canada are waiting for the final closure on the US-India deal before authorising such sales.

For those Indian Americans who have suddenly become more nationalistic than India’s prime minister, my advice is, do what Mahatma Gandhi did after rediscovering his Indian roots in London.

That is, banish US lawmakers who put controversial additions in the original bill the administration submitted to the US Congress in the summer of 2006. You cannot settle scores with Henry Hyde (the Illinois Republican, who has retired), but you can go for two others who created the mountain of difficulty that 123 Agreement negotiators had to surmount: Representative Tom Lantos (Democrat, California) and Senator Joe Biden (Democrat, Delaware). These three honorable gentlemen were less than honorable in their backroom deals and tried their best to hang an albatross around India’s neck.

What the 123 Agreement and the debate in the Indian Parliament has demonstrated is:

a. That smart diplomats know how to go around edges without turning a corner, and b. India too has legislators who can match the demagoguery and insensitivity that some US lawmakers are capable of.

I hope Lantos and Biden are wiser by now, and that they will be considerate when the US-India nuclear deal again comes before Congress.

I reiterate that the 123 Agreement between the US and India is an exceptional accomplishment, meets all US laws, and provides unprecedented cooperation to India in developing its civilian nuclear sector.

The agreement opens new doors of nuclear cooperation between India and many other nations. As far as nuclear commerce goes, India will benefit far more than the US will. But that is what friends are for.

This article also appeared in the Rediff.com Please click here to view the same. 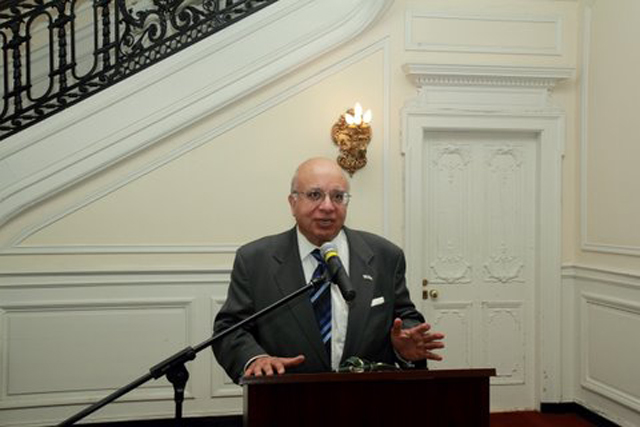